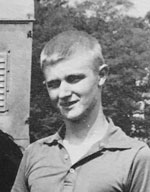 He was a member of First Presbyterian Church, and a retired farmer, cattleman, and horseman.

Jim was born in Franklin, Virginia, to the late John J. Pace and Sarah Pickard Pace.

He was preceded in death by a sister, Anne Pace Boepple and her husband, Graf Boepple; and a brother-in-law, David Rector.

Mr. Pace spent much of his life involved in civic activities. He was a longtime member of Rotary International, serving as president of the Martin, Tennessee Chapter, and was proud to be named a Paul Harris Fellow at a young age.

He was also active in local politics, serving in several roles for the Democratic Party in both Weakley County, Tennessee and Franklin, and worked as the West Tennessee Campaign Coordinator for former Knoxville Mayor Randy Tyree in his bid for governor in 1982.

He was an active member of the Franklin-Southampton Area Chamber of Commerce, serving on the Board of Directors and numerous committees.

Mr. Pace was a longtime enthusiast and owner of Tennessee Walking and American Saddlebred horses. He was a co-owner with trainer Jimmy McConnell for Jimmy’s first World Championship aboard the three-year-old walking mare Copy’s Coquette in 1970. He was most recently a partner in his family’s Hashe Stables along with wife Billie Ann, son Andy, and daughter-in-law Amy. He also loved Angus cattle and enjoyed breeding and raising them through many years of his life.

Mr. Pace and the family would like to thank the dedicated and professional staffs of Amedisys Hospice, the UT Cancer Institute, and Home Instead for their unwavering support and assistance. We would especially like to thank Dr. Wahid Hanna and Amanda of Hanna Cancer Associates.

The family will receive friends at Doughty-Stevens Funeral Home in Greeneville on Sunday from 3 to 5 p.m.

Services will be at Shiloh Cumberland Presbyterian Church in Greeneville on Monday at 2 p.m. with the Rev. Jim Mayes and the Rev. Tammy Greene officiating. Pallbearers will be Michael Rector, Jim Rector, Bill Reel, Jimmy McConnell, Mark Ricker and Trey Ricker.

In lieu of flowers, please make donations in his name to: