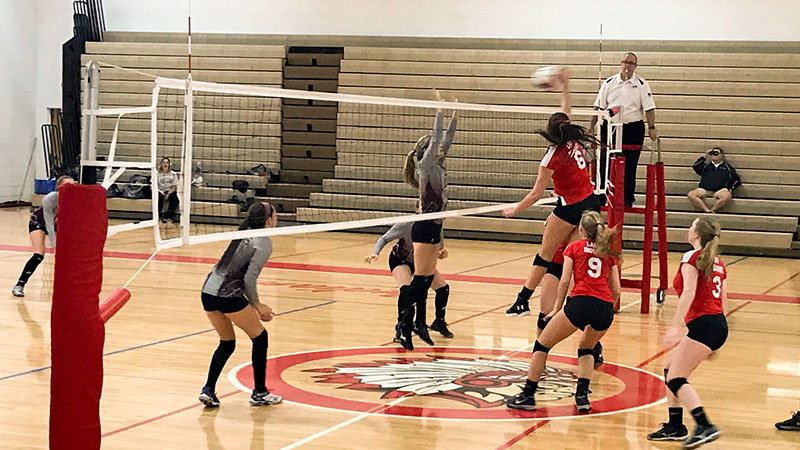 No. 6 senior Emma Drake hitting the ball over the net. -- Submitted | Heath Bradshaw

COURTLAND
The Lady Indians season came to an end on Tuesday night in the 3A VHSL State Semifinal game. The Indians started off strong, but the momentum quickly changed and Warren County [Lady Wildcats] controlled the first two sets losing 15-25 and 14-25. The girls were looking defeated, but came back strong in the third set winning 25-20. Our momentum had picked up and we fought a tough battle for the fourth set, but came up a little short losing the final set 23-25.

Some standouts for the night included: Emma Drake with 2 aces, 4 blocks and 23 kills; Ashlyn Edwards had 13 assists and 3 kills; Jamey Bunn had 4 aces, 20 assists and 4 kills; Madison Wright had 3 kills and 9 digs; Jacey Bunn had 11 digs; Madeline Burgess had 8 digs; and Maddie Simmons and Emma McClelland both had 3 kills.

The girls played their hearts out and hustled to the very end. Although we were hoping to get to the state championship game in Richmond this weekend, we are extremely proud of all of the teams accomplishments and ending the season as one of the top four teams in the state.

After the game — through tears of disappointment but mostly sadness for such an amazing season coming to a close — I told the girls to keep their heads up and be proud of all we have accomplished. We set out in August to win the district, host the district tournament and make it to the state playoffs. We accomplished all of our goals and then some. This is the farthest any volleyball team has ever gone in tournament play. I thanked the seniors for making the program stronger because of them.

I started coaching all four seniors their eight grade season, which was my first year coaching so they are a special group of girls to me. Each of them has accomplished so much this year along with the rest of the team. We have had so much success and recognition it’s definitely something we hope to build on for the years to come.

I would like to thank all the parents and our community for rallying around us and packing the gym on Tuesday night.

Prior to our game, Dairy Queen provided our pre-game meal.

The girls definitely have worked hard to deserve all the recognition they have received. The all-state selection team will be in the next few weeks, and I anticipate having several girls receive state recognition as well. 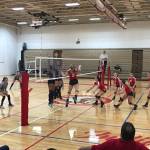 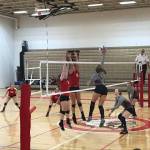 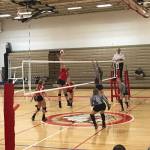 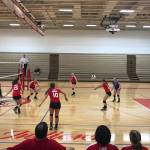