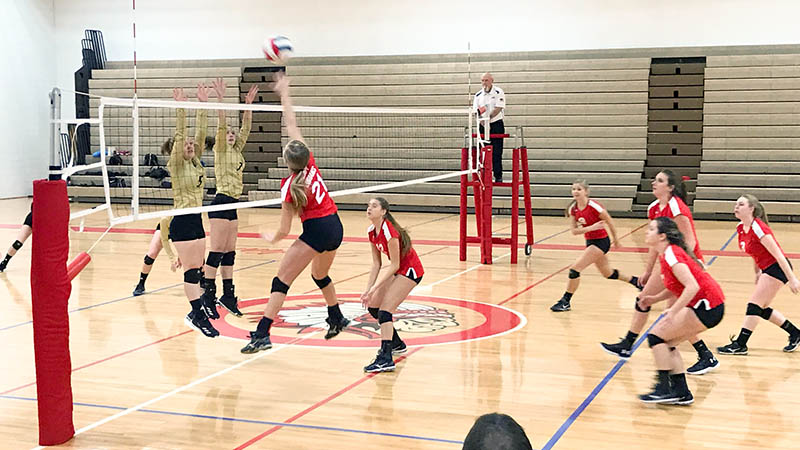 COURTLAND
The Lady Indians Varsity Volleyball team defeated Manassas Park on Saturday in straight sets in the  the Southampton Indians’ first state quarterfinal match. The scores were 25-20, 25-22 and 25-18. In both the first and third sets the Indians remained in control, but the second set they had to fight back trailing a few points late in the set. The gym was filled with fans from both sides excited about the success both teams have had thus far. The Southampton Indians were just a little too much for the Manassas Park Cougars.

Senior Hilary Newlon had a strong serving game, she went 12 for 12 at the service line with 2 aces.

Madison Wright had a great defensive game with 11 digs and adding to the offense with 3 kills.

Jamey Bunn put up an impressive 13 assists and adding an ace.

Madeline Burgess also contributed to the team effort with 12 digs.

Jacey Bunn had great serve first touches and added 6 digs for the match.

Hannah Bradshaw had a big game with 6 kills, and Emma McClelland added 2 kills for the Indians. Emma Drake lead her team in kills with 14. She served perfect for the afternoon going 20 for 20 with 3 aces, and she also added 14 digs to help her team get the win.

The Indians moved on to the VHSL 3A State Semi-Final game on Tuesday at 6 p.m. We will host the Warren County Wildcats. The winner will move on to the 3A State Championship game played on Saturday, Nov. 18, in Richmond at VCU’s Siegel Center. 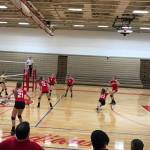 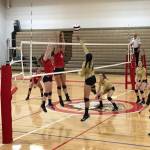 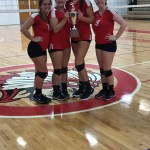 From left, seniors Madison Wright, Hilary Newlon, Emma Drake and Ashlyn Edwards hold up their trophy from their win after last week’s match. 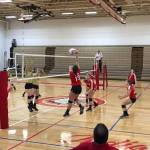 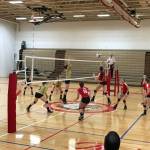