NORFOLK
A Franklin man was sentenced Friday, Nov. 3, to 76 months in prison for possession with intent to distribute lysergic acid diethylamide (LSD) and possession of a firearm in furtherance of a drug trafficking crime. 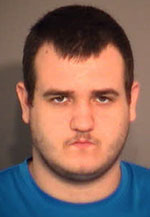 According to court documents, Taylor Beale, 23, sold LSD to an undercover Franklin Police detective  on three occasions in September 2016. Beale brought a handgun to one of these drug deals and showed it to the undercover Franklin detective. On a fourth occasion that month, Beale was also stopped by Virginia State Police Meherrin Drug Task Force Officers and found to be in possession of 20 dosage  units of LSD and a handgun. When Beale was arrested, he admitted that he had previously robbed another LSD dealer at gunpoint. In addition to the 76 month sentence, the court also ordered the forfeiture of Beale’s car, and two guns he brought to LSD deals.