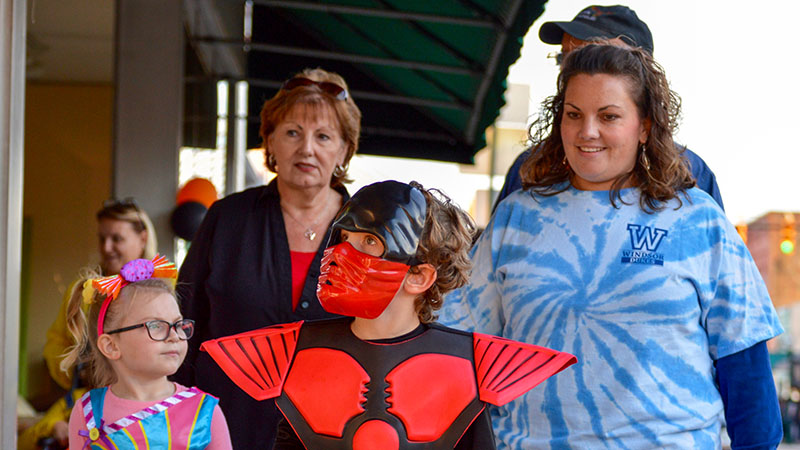 Lydia Smith as Candy Land Princess and Logan Smith as a ninja with their mother, Mandy Smith, right, as they went trick-or-treating downtown on Tuesday. -- Submitted | Jonathan Smith

FRANKLIN
This year’s downtown Franklin safe trick-or-treat may have drawn one of the largest crowds of participating families the Downtown Franklin Association has ever seen for this particular event. Dan Howe, the DFA’s executive director, estimates that well over 500 children and their families visited participating storefronts along Main Street on Tuesday evening in search of candy.

Howe said that over 40 downtown businesses and organizations participated this year, including several groups that had relocated their scheduled trunk-or-treat events to downtown Franklin after they were rained out at their original locations.

He added that at one point he walked past a line of kids waiting to receive candy at the train station (now the DFA office) that stretched all the way down the block to William M. Johnson’s Funeral Home on the corner of South Main and Elm streets.

The Franklin Police Department and several community volunteers directed traffic at the crosswalks.

“It turned out to be a good day, wonderful weather,” Howe said. “It’s always nice to have the businesses participate so families and children have a safe place to trick-or-treat.”

Franklin has offered a safe trick-or-treat event downtown for over 40 years. 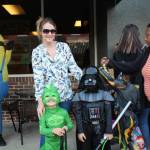 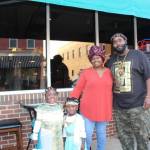 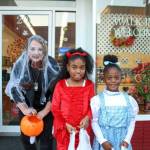 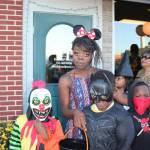 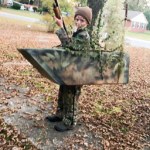 For Halloween, Jack Wise of Newsoms, son of Larry and Dawn Wise, dressed as a duck hunter. 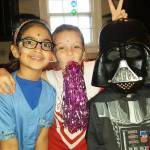 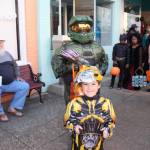 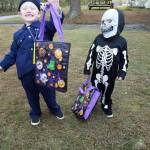 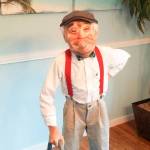 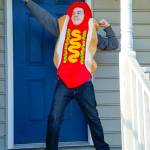 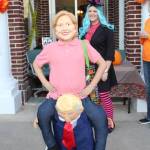 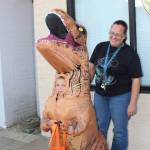 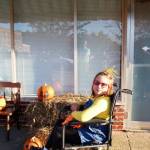