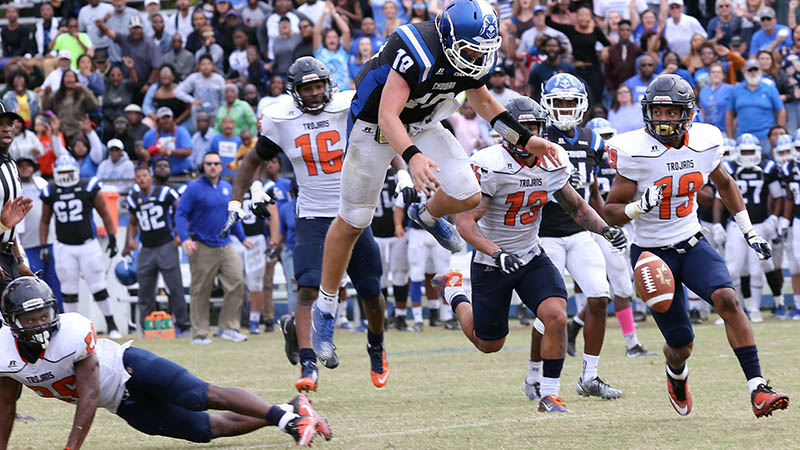 MURFRESSBORO, N.C.
The Chowan University Hawks had the undefeated Virginia State University Trojans struggling big time in a CIAA football game on Saturday in Garrison Stadium at the campus of Chowan University.  The Trojans struck first in scoring, but local all star and all sports player Tonee Hill — a former standout for the Southampton Academy Raiders football team — blocked a VSU punt. That was recovered by the Hawks’ Bryan Bryant. He carried the ball into the end zone for a Hawks touchdown, which put the Hawks ahead 14-7 early in the game. 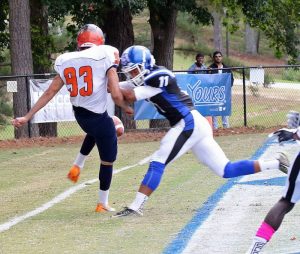 By the half, the Hawks held the lead 20-19. It was not until the fourth quarter that the Trojans were able to score when quarterback Cordelral Cook hit Joshua Harris for an 8-yard touchdown pass. The kick was good to put the Trojans ahead 26-20.

The Hawks added three points in the 4th quarter on a 25-yard field goal by Connor Killeen. Late in the game the Hawks were on a touchdown threatening drive when quarterback Bryce Witt on a run jumped high over a Trojan defender in the red zone, but lost the ball while in the air.

A host of Trojans surrounded the ball for the recovery. From that point the Trojans, having seconds on the clock, ate the time up to joyfully obtain the victory.