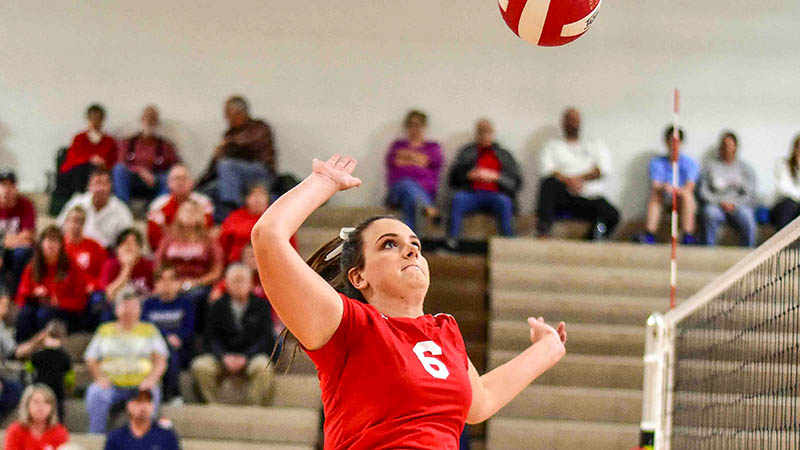 Standouts for the night included: JV players Shelby Shaffer had 8 aces; Mallory Francis had 5 kills; and Kinna Magette had 12 assists. For varsity, Ashlyn Edwards had 5 aces and 14 assists; Emma Drake had 11 kills; Hilary Newlon had 5 aces; and Hannah Bradshaw had 8 aces and 3 kills.

When asked about the season the four seniors responded with the following comments.

Hilary Newlon said, “This has honestly been the best season thus far. We have all grown so close together and have not only become great friends, but we have become a family.”

Ashlyn Edwards said, “I cannot be more happy to have competed my senior year with such great friends and teammates.”

Madison Wright said, “The bond we have among our team is irreplaceable. We are all so close and it helps us to work hard and play as a team. I hope that we are able to continue the season over the next few weeks.”

Emma Drake said, “As our last district games were ahead of us, we knew we wanted to finish strong. This year we wanted to strive and finish with greatness. And that’s exactly what we did this year. When playing Brunswick and Surry for our last games we were able to see all that we accomplished. I couldn’t be more proud of the bond we have created and hope to continue that bond as we take on regionals.”

The regular season champions and top ranked Southampton Indians defeated the Windsor Dukes in straight sets in the first round of the Tri-Rivers District Tournament on Oct. 28. The set scores were 25-9, 25-17 and 25-15.

Some standouts from Southampton included: Ashlyn Edwards had 2 kills, 5 aces and 14 assists; Hannah Bradshaw had 1 ace and 5 kills; Jamey Bunn had 3 aces, 2 kills, and 11 assists; Jacey Bunn had 6 digs; and Emma Drake had 4 blocks, 10 digs, and 18 kills.

The All district team was also announced at the tournament.

The Tri-Rivers District Player of the Year was Southampton senior Emma Drake, and the coach of the year was Amy Davis from Southampton.

The Lady Indians begin regional play tonight, Nov. 1, at 6 o’clock, in Southampton High School. They are ranked first in region 3A and have a bye for first round play. We will face the winner of I.C. Norcom and Lakeland  high schools. Regional semi-finals will be on Thursday, Nov. 2, hosted by the higher seed. Regional finals will be on Tuesday, Nov. 7, and both the winner and runner up will move on to the 3A state tournament. The quarterfinals of the state will be on Saturday, Nov. 11. 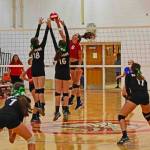 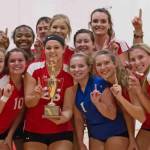 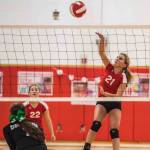 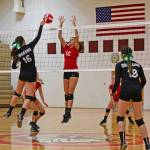