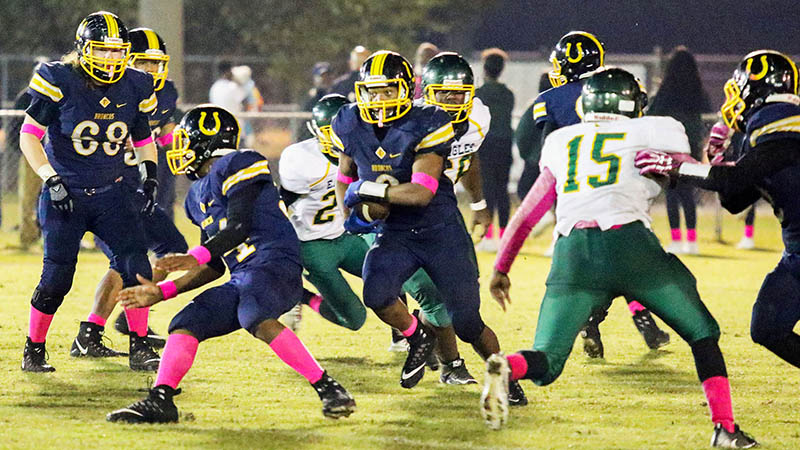 Curtis Lee finds a small opening in the line for a run. -- Frank A. Davis | Tidewater News

FRANKLIN
The band played, they crowned the homecoming King and Queen, but on the football field at Armory Drive Recreational Park there was no joy in the football game for the home team. The Eagles of Greensville County High School swooped in and took a big 70-12 win on Friday.

In reviewing the game, the Broncos held tight with the Eagles in the first quarter of play with the score at the end of the quarter being 0 all.

Entering the second quarter the Eagles flexed offensively as they scored 24 points. In those touchdowns the Eagles used a combination of runs and passes that allowed them to end the first half up 24-0.

After the half time ceremonies, the Eagles exploded 32 points in the third quarter. Again, the Eagles continued to mix scoring with runs and passes.

After scoring a touchdown and the score was 48-0 on the Eagles kick-off the Broncos Kendall Hines-Eley fumbled the ball on the runback, but it was picked up by LaSean Nichols-Porter, who took the ball all the way for a touchdown. The Broncos trying something different attempted to kick the extra point by Joshua Johnson, but it missed the mark.

On the Broncos’ kick-off, the Eagles’ Deandre Anderson went the distance and scored another touchdown to put them ahead 56-6. The Eagles, still wanting to put the nail in the coffin, pulled off an onside kick and got the ball put soon turned it back over to the Broncos.

In the fourth quarter, the Broncos’ QB Logan Pearson-Hines connected with Drelyn Ford, who fought off his defender to be able to score for a 54-yard touchdown. The two-point conversion failed and the score was now 56-12. Also, in the fourth quarter the Eagles added on two more touchdowns.

To sum it up: yes, Bronco nation, 70-12 is a very hard pill to swallow. But let’s look at the game another way. No one got hurt. On the sidelines I noticed there was not a Bronco hanging their heads in defeat.

They fought to the end and celebrated their fourth quarter touchdown. At the end of the game, all Broncos and coaching staff walked with heads high to skate hands with the Eagles and their coaching staff.

Finally, let’s look at numbers. There are 34 players listed on the Broncos roster. They consist of two seniors, 16 juniors, seven sophomores and nine freshmen. Add to this that the Broncos have not had a junior varsity team in years. There comes a time when all teams have to reload.

Rest assured, as Bronco head coach Darren Parker remarked after the game, “We got to go back and regroup. We lost and we will get back to the table. We got a game next Friday. This one is over. God is always awesome.”

During the halftime, the crowning ceremony of the Homecoming King and Queen took place. Class representatives were announced and escorted onto the field. Franklin High School Principal Travis Felts crowned both the king and the queen, Nyjey Pope and Shania Lankford. 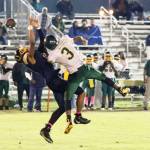 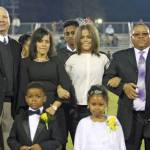 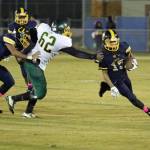 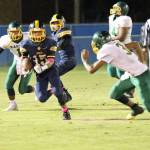 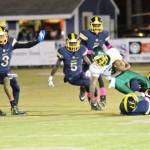 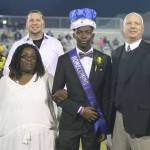