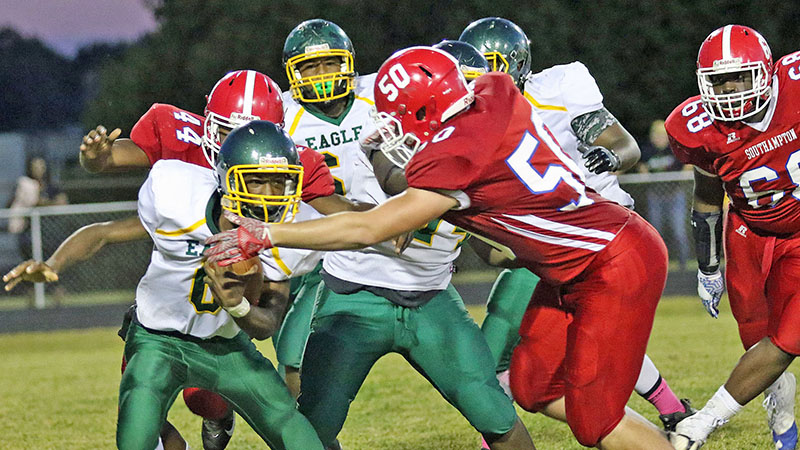 As the game opened, Shamon Reid-Wilkerson of Southampton scored on a 77-yard touchdown run on the Indians’ first possession to set the pace for the Indians’ big 37-14 win over the Eagles. Sean Holloway booted the extra point good to put the Indians ahead early in the opening minutes of play 7-0.

During an early Eagles’ possession, the Indians’ Tayriel Ruffin picked off a pass, but the Indians offensive drive was soon stopped and forced to punt. The Eagles blocked the punt and returned it for a touchdown, but the two-point attempt failed. The Indians held an early lead, 7-6.

On the Eagles’ kick-off, by Ruffin of the Indians took the ball coast to coast for an 89-yard touchdown run. The extra point kick failed but the home team moved ahead 13-6, which held for the ending first quarter score.

The Indians opened the scoring in the second quarter with a 4-yard td pass from Shamon Reid-Wilkerson to Lamonte Spencer. The 2-point conversion was good on a run by Jaylin Freeman to put the Indians up 21-6.

With 5:56 in the second quarter Ruffin put six more points on the scoreboard as he crossed over the goal line on a 27-yard touchdown run. The Holloway kicked failed as the Indians upped their lead to 27-6.

The Eagles closed out the scoring in the first half with a touchdown pass and success on the 2-point conversion to place the score to 27-14 in favor of the Indians.

Neither team offensively generated any scoring in the third quarter, though for the final quarter of play the Indians did add 10 more points to their score. The Indians sacked the Eagles’ quarterback in the end zone for a 2-point safety. Ruffin once again crossed the goal line on a 34-yard run. Trevion Evans added the last points of the game for the two-point conversion.

For the Indians, in rushing they gained a total of 216 yards with Ruffin leading with 110 yards. The Eagles were held to 53 yards in rushing.

Southampton head coach Littleton Parker remarked after the game, “We played a good ball game tonight. The kids got up for the game. They worked hard this week and they prepared for the game. We did not see anything different tonight that we worked on all week. I thought we were prepared and focused for the game and ready to play.” 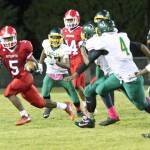 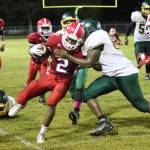 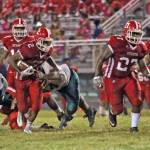 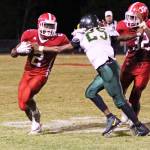 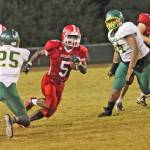 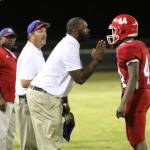 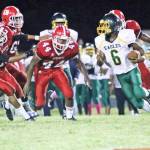