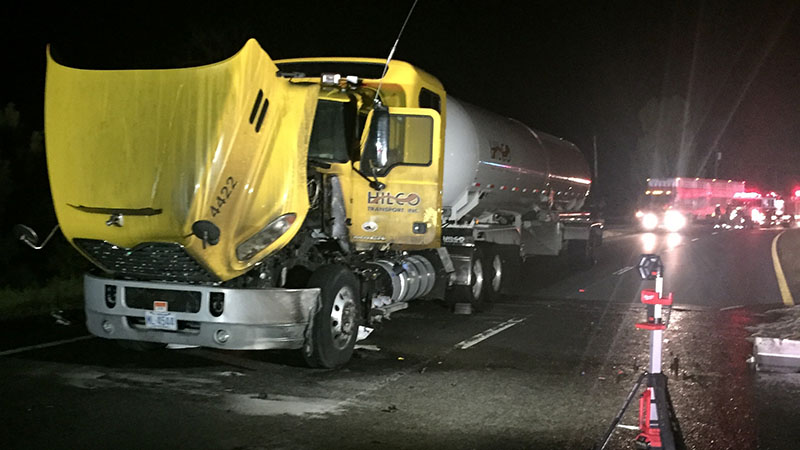 COURTLAND
Units with the Courtland and Hunterdale Volunteer Fire Departments responded to a propane truck on fire early Thursday morning. The incident resulted in both eastbound lanes of U.S. 58 (Southampton Parkway) near the Courtland Food Lion being closed for approximately three hours.

This information comes from Capt. Matt Nixon, spokesman for the Courtland VFD. First responding units were dispatched at approximately 4:30 a.m. and found heavy fire showing from inside the tractor- trailer’s engine compartment.

Crews extinguished the fire quickly, which had spread to parts of the cab, but did not spread to or damage the propane tank. No injuries were reported and the cause of the fire remains unknown.

In addition to the fire, the truck also had an active diesel fuel leak, which crews also mitigated. It was this leak and the task of removing the truck from the road that resulted in the eastbound lanes of U.S. 58 being closed through approximately 7:30 a.m.