Spirit of Moonpie and I spent the 16th through the 18th on the Blackwater below Franklin. Air temps ranged from 60 to 82 degrees. The river was 72, clear and in good shape. I saw no water quality issues other than the cows pooping in the river.

Trash on this trip was light for the Blackwater, I picked up only about a half a bag. I did find another Styrofoam block though, and this one you could tell had been out in the weather for a while.

The fishing on this trip was pretty good. I only caught one catfish in two nights of fishing, but the one fish was a monster 27-pounder and 38 inches long. That meets the VDGIF criteria for a Trophy Award for length, but I don’t think I’m gonna apply for it since the cat was light by three pounds. The bream fishing was pretty good this trip also.

However, the bass fishing is what stunned me. On the second day Sunday, starting at 3 that afternoon, I tied on a topwater popper lure and the fun began first cast! I guess I caught 10 fish the next three hours. Most were 14 inches, a few were smaller, but that was really fun let me tell ya. Oh, and I missed probably six other fish, one was 4 pounds I would say, but not 100 percent sure it was a bass, might have been a blackfish.

While I was on the lower river, I decided I would look for where in 1875 the United States Engineering Department (USED) — the USACE today — described two schooners were sunk in the channel. The inspector states: “At about one and four tenths miles from the mouth, near two wrecks are several piles that should be removed.”

By piles I’m sure he was referring to trees/logs. On the USED map they have the site of the wrecks located just before you get to Smiths Bend heading upriver. However, if I use Google Earth and go one and four tenths mile upriver where the snags are listed in the report. that is like three quarters of a mile difference. He did say “near,” so I don’t know what that means.

I have looked for any remains of these schooners before with no luck. But supposedly they were blown up in 1879 and the debris piled on shore. I keep hoping I will find something from those wrecks, long bolts or anything that will narrow down the exact location of where the Confederates had sunk these vessels to impede Union Gunboats from coming up the river to Franklin in 1862.

Which obviously did not work, because on Oct. 3, 1862, three Union Gunboats made it to Franklin anyway. I have also seen a version of this story which lists that there were three schooners sank in the river, and that in May 1862 the Union Gunboat Hunchback removed the center schooner to clear passage to Franklin.

This mention of the event, though, has the geographic location at two or three miles from the mouth, which I believe is not correct because I have not seen that report in any official USED document. Anyway, I think I have narrowed down two areas of the river these schooners would have been sunk. At least applying the reasoning that it should have been done in a more narrow part of the river and as shallow as possible to keep the Union Gunboats from going around the wrecks or over them … supposedly.

The bad thing (other than it was 138 years ago) about looking for the debris field is that there are two shorelines that the “debris” could have been piled up on, and the other thing is there could be as much as three quarters of a mile discrepancy — I’m guessing — on the location of this action. That leaves a lot of shoreline to scrutinize on.

Maybe one day I will find it and then a little more of our rich local history will be revealed on the two rivers we call the Blackwater and Nottoway. 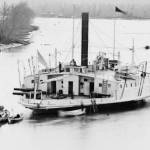 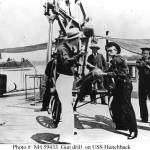 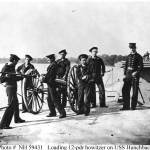 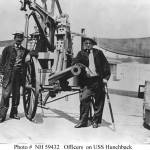