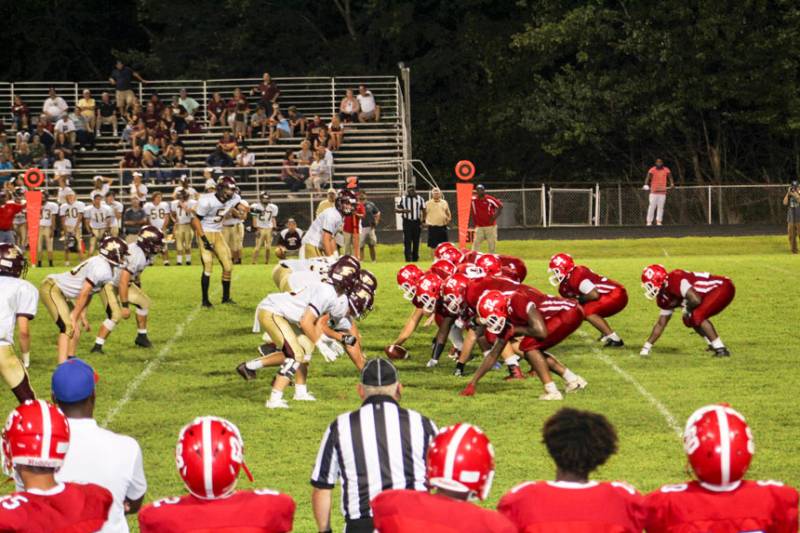 The Poquoson Islanders were formidable opponents of the Southampton High Indians last Friday, and won 23-8.

COURTLAND
The visiting Poquoson Islanders on Friday won 23-7 over Southampton High School Indians.
SHS Coach Littleton Parker said of his team’s opponents, “For the past several years, they’ve been pretty strong against us,” and added that the Islanders had scored three times in the second quarter.
“Three missed assignments made the difference in the ball game,” he also said for why the Indians did not fare as well. That team made its only touchdown in the third quarter.
Because this is only the first official game in the season, though, there’s several more opportunities for Indian victories. The coach sounded optimistic looking ahead.
“Charles City has a good ball club — they won Friday night [against Cumberland],” Parker said. “We expect a good ball game.”
The kickoff on Friday is at 7 p.m.