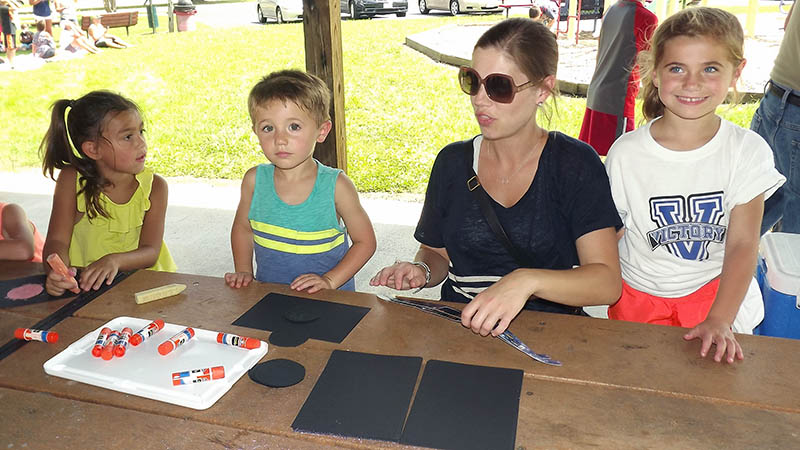 WINDSOR
The solar eclipse party at the Windsor Library, which began around 1 p.m., was fairly well attended, with 162 confirmed guests. Branch Manager Lauren Lombard estimates that within 20 minutes of starting the party, volunteers had handed out all 100 pairs of eclipse glasses.

However, to anyone not wearing a pair of eclipse glasses but still expecting the sky to turn black at some point that afternoon, the Great American Eclipse may have seemed like a non-event. As Windsor was not in the path of totality, the sky did not significantly change or darken beyond the point of a partially cloudy day.

In addition to eclipse glasses, the library offered children in attendance the opportunity to do eclipse-themed arts and crafts and eclipse-themed snacks – CapriSun juice and moonpies.