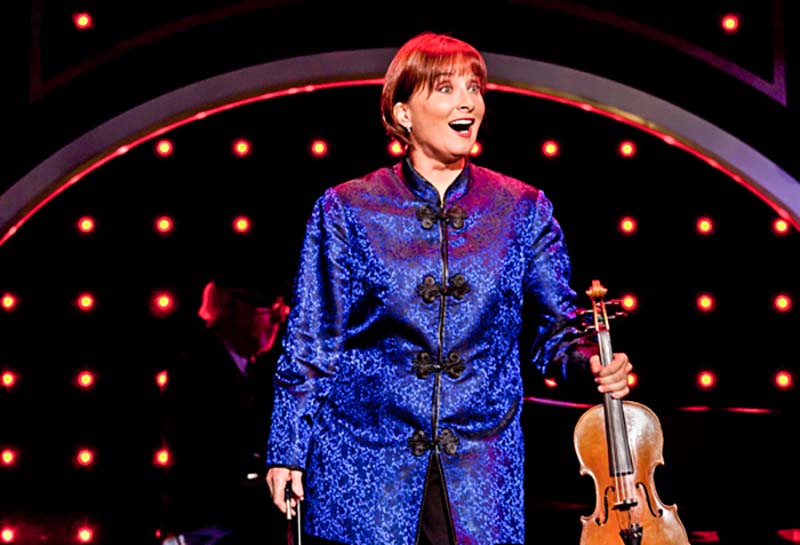 COURTLAND
The fun never seems to stop with the Franklin-Southampton Concert Association. Seems just like yesterday that Western Tidewater was being entertained by Tenore, a trio of singers, for the holiday season. Come Saturday at 7:30 p.m. will be “Funny Fiddle,” which features the comedy and music of Chris Pendleton.

According to her website, funnyfiddle.com, Pendleton has accumulated many TV appearances, such as

FOX’s Comic Strip Live, SHOWTIME Comedy Club Network, A&E’s An Evening At The Improv and Comedy On The Road, Lifetime’s Girls’ Night Out and VH-1’s Stand- Up Spotlight With Rosie O’Donnell.

She’s headlined at performing arts theaters, corporate events and comedy clubs throughout country and around the world. The South Carolina native resides in Las Vegas, Nevada, where she frequently performs in the casino resort showrooms.

“… Chris draws her razor-sharp material from a unique perspective and an amazingly diverse background. Breaking new ground for women in comedy, her show cuts across all the traditional gender boundaries, appealing to both men and women alike. Her surprising talent with the violin adds an additional “Jack Benny” dimension to her unique performance.”

• Pianist Thomas Pandolfi will weave a musical tapestry when he brings “Burt, Barry and Beyond” on Sunday, Feb. 26, at 3:30 p.m. The music of Bacharach and Manilow will be featured.

• Through the continued generosity of the Camp Foundation, conductor Benjamin Rous and the Virginia Symphony will bring a memorable performance on Saturday, March 11, at 7:30 p.m.

All shows will be in the auditorium of the Southampton High School in Courtland.

Association director Nancy Rowe is not only urging regular members to re-subscribe, but also is calling for new membership. The cost is still $50 per adult; $10 for students.

There are, of course, sponsorship opportunities as well, which can include extra tickets for your guests.