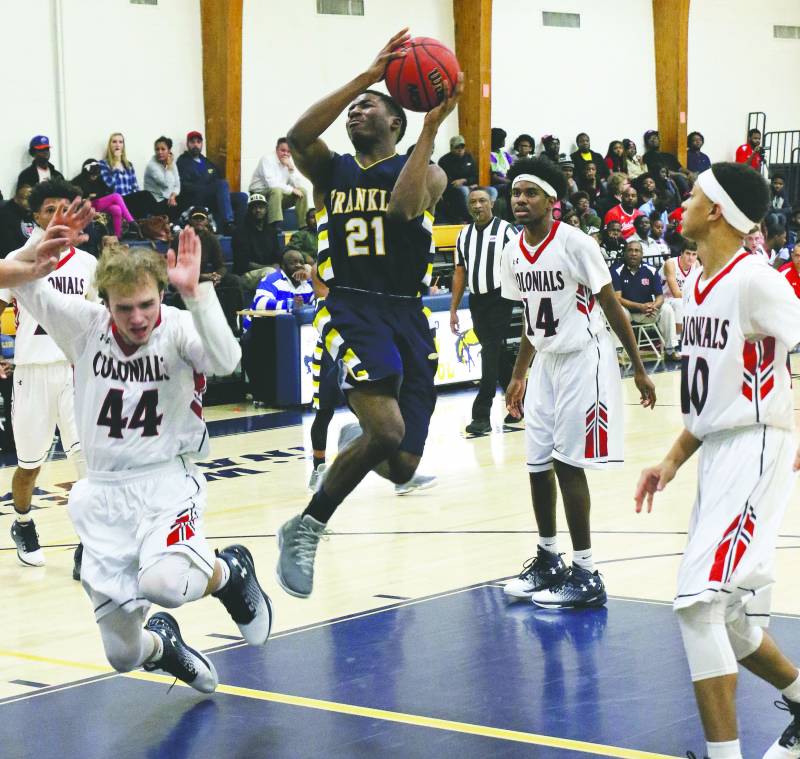 FRANKLIN
The Colonial Heights Colonials after taking an 84-34 win over the Windsor Dukes on Tuesday night went on to defeat the Franklin Broncos 83-55 on Wednesday.

Early in the second quarter the Broncos tied the score at 22 all, but the Colonials pumped up the scoring quickly to push their lead to 29-22 and from that point they held the lead for the remainder of the game. By the end of the half they were up 46-26.

In comments after the game, Robbie Cutchins stated, “Our kids fought extremely hard against a very good basketball team that are well coached and a talented team. They will be very dangerous in the 3A level. I am just very proud at the way our kids fought.”

Fred Lassiter was the only Broncos in double figures with 17 points.

For the Colonials, they had players in double figures. They were led by Deion Storer with 31 points Brandon Smith with 13 points and Lorenzo Minter with 12 points.