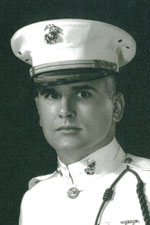 Mr. Griggs was a retired U.S. Marine Corps veteran having served during Vietnam.

He also retired from the U. S. Postal Service, and was a member of Falmouth Baptist Church.

He was preceded in death by his wife, JoAnn Thames Griggs.

The Celebration of Life service will be at 6 p.m. on Friday, Dec. 30, in Falmouth Baptist Church with the Rev. Leslie A. Powers officiating. The family will hold a private interment at Quantico National Cemetery.