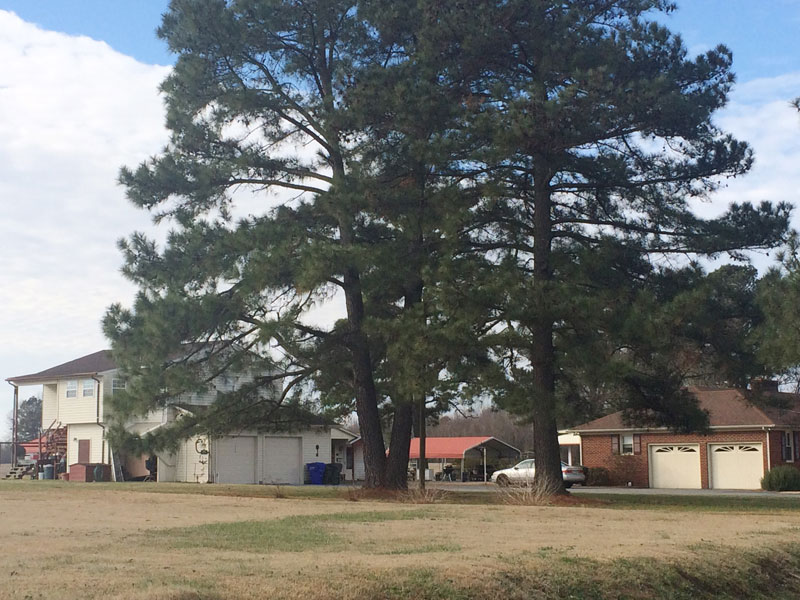 Lionel Nelson Williams, 26, was arrested Wednesday on a charge of attempting to provide material support to the Islamic State of Iraq and the Levant. ISIL, or SIS as it's also known, is a militant Islamic organization that's claimed to be responsible for global terrorist attacks. He was living in an apartment over the garage of this home, which is in the 6000 block of Mineral Spring Road in Suffolk.

Special to The Tidewater News from The Suffolk News-Herald

A Suffolk man has been charged in federal court with attempting to provide material support to ISIL, according to officials from the U.S. Department of Justice.

Lionel Nelson Williams, 26, who also went by “Harun Ash-Shababi,” was arrested Wednesday in Suffolk and is set for preliminary hearings on Tuesday at the federal courthouse in Norfolk, U.S. Attorney Dana J. Boente announced in a press release on Thursday.

According to an affidavit filed in support of the charges, Williams may have been getting close to carrying out a terrorist attack in the Hampton Roads area.

The affidavit states that Williams sent money in October and November to a person he believed was collecting money for the Islamic State of Iraq and the Levant, the militant Islamic group that has claimed responsibility for terrorist attacks around the world, including in the United States.

Williams also ordered an AK-47 assault rifle on the day after the terror attack in San Bernardino, Calif., according to the affidavit. Fourteen people were killed and 22 seriously wounded at a banquet on Dec. 2, 2015, at the Inland Regional Center, when a Muslim couple, inspired by Islamic terrorists and terrorist organizations, attacked with semi-automatic pistols and rifles and then left three explosive devices.

According to the affidavit, Williams was born in Arlington County and lives in Suffolk in the 23437 ZIP code, which covers the southwestern portion of the city. The exact address was redacted from the affidavit, but reports indicate he lived on Mineral Spring Road.

In late March 2016, a member of the public advised the Federal Bureau of Investigation that a former associate, later identified as Williams, had been posting videos and status updates supporting the ISIL terrorist organization on his Facebook page. The person also said Williams had recently acquired an AK-47 assault rifle.

The FBI reviewed Williams’ Facebook page and found the posts and the videos.

In one post on March 14, 2016, Williams wrote “The Jihad (the struggle) doesn’t end just because it stops feeling good.” Williams also included in his post a video of a lecture by Anwar al-Awlaki, the now-deceased leader of Al-Qaeda in the Arabian Peninsula.

Two days later, Williams posted “It’s time for me to take a stand. I stand with #Dawlah. If that means you want nothing to do with me, then fine.”

Dawlah is an Arabic term that means “state,” according to the affidavit.

On March 20, Williams shared a video posted by someone else, which featured a speaker who condemned Muslims who sided with Western states and Muslims who did not provide support for jihad.

“I love this video,” Williams commented. “I love the Mujahideen the world over.”

Mujahedeen is a term for Islamic fighters engaged in jihad.

Williams also posted a comment in response to this post that expressed support for targeting police officers, military and armed civilians, according to the affidavit.

Investigation revealed Williams ordered an AK-47 assault rifle from an online firearms dealer on Dec. 3, 2015 — the day after the attack in San Bernardino.

The weapon was shipped to a firearms dealer in Suffolk, where Williams picked it up on Dec. 12, 2015.

On Jan. 13, 2016, an unidentified person contacted Suffolk Police Department to complain of hearing gunshots. Investigation revealed Williams had been target practicing near his residence. FBI aerial surveillance on April 25, 2016, observed two individuals leaving Williams’ residence and walking to a nearby series of outbuildings on the property. Infrared video captured what appeared to be muzzle flashes, according to the affidavit.

In late April 2016, an FBI-controlled persona friended Williams on Facebook and struck up a conversation. Williams told the person, “I can’t wait for the day that the black flag of Islam exists all over Maryland, D.C., Virginia and Chicago.”

On June 13, Williams met with an FBI undercover employee. He stated he supports attacks on “hard targets,” such as police officers, military personnel and others who have the ability to defend themselves.

He said he would want to target someone who could fight back, according to the affidavit. “Williams claimed that he had not carried out an attack because his grandmother is still alive and he needs to care for her,” the affidavit continued.

In additional conversations with the FBI persona, Williams said he wanted to be a doctor or surgeon for the cause. Williams also agreed to donate money and provided $200 on a prepaid cash card.

The FBI persona later asked Williams if he wanted to see what his money helped purchase and sent a picture of what appeared to be a rocket propelled grenade.

Williams also discussed with the FBI persona of the possibility of conducting “martyrdom operations.” He stated his desire to marry and said he believed the marriage would ensure his “purity” so that any martyrdom operation he carried out would “lead to his true martyrdom, rather than simply his suicide,” according to the affidavit.

On Dec. 19, Williams wrote to the FBI persona that he was planning to empty his finances to “die without a single dollar in his pocket.”

Williams also responded that the plan was to do a “local” operation.

“It appears that Williams was moving closer to committing an attack that would result in his death,” the affidavit stated.

Williams was arrested Wednesday about 12:58 p.m. in Suffolk. Agents located one semi-automatic handgun and one AK-47 semi-automatic rifle inside the residence.

A preliminary hearing is set for Tuesday. Williams remains in the custody of the U.S. Marshal.

If convicted of the charges, Williams could face a maximum penalty of 20 years in prison, Boente stated in the press release.

The case is being investigated by the Norfolk Joint Terrorism Task Force and the Suffolk Police Department. Assistant U.S. Attorneys Joseph E. DePadilla and Andrew C. Bosee and trial attorney Alicia Cook of the National Security Division’s Counterterrorism Section are prosecuting the case.