MARIETTA, GA. — Christopher Marble Councill, 68, passed away on Dec. 17, 2016, at a hospital in Atlanta, Georgia, surrounded by his wife and children after suffering illness over this past year. 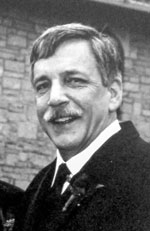 He was predeceased by his parents, the Honorable J. Paul Councill Jr. and Patricia M Councill.

Chris grew up in Franklin graduating from Franklin High School in 1967, and Virginia Military Institute (VMI) in 1971, where he earned an electrical engineering degree.

Following a tour in the U.S. Air Force, Chris made his career with IBM for some 40 years living in Marietta, Georgia throughout his adult life.