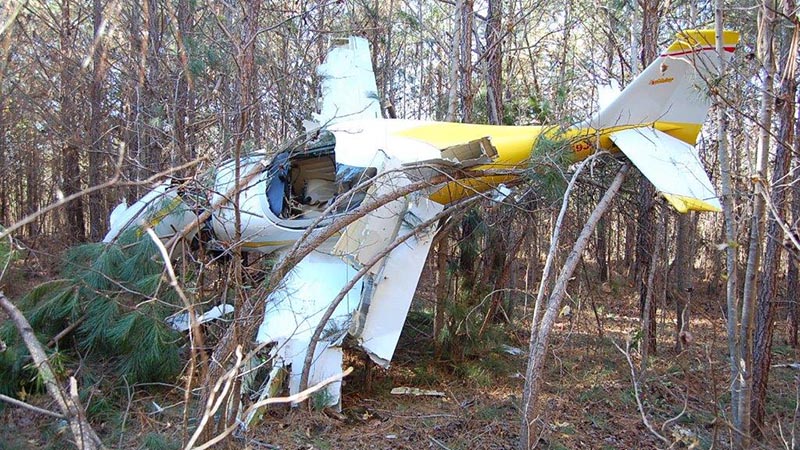 The pilot and passenger both walked away from this plane that crashed into the woods near Franklin Airport last Saturday afternoon. -- SUBMITTED

CARRSVILLE
The pilot and passenger of a plane that crashed shortly after taking off on Saturday were able to walk away from the scene, according to Virginia State Trooper 1st Sgt. Greg Jackson.

Linda Mathias of Norfolk, the pilot, and Paul Ruehrmund of Williamsburg were found standing at the back of a residential lot by first responders from the Carrsville Volunteer Fire Department; the call had come in at 12:28 p.m. There were apparent only minor injuries, but the two were taken to Southampton Memorial Hospital for further examination. A representative there said details of their condition could not be released.

Jackson said that apparently the plane — possibly a fiberglass kit plane, one that is homemade — had taken off from the Franklin Municipal Airport. The sudden cause of the engine failure is unknown as yet, and the aircraft fell about 100 yards from Walters Highway. Trees broke the fall of the plane, which landed tilted to the left. Mathias and Ruehrmund got out and made their way to the road.

There was a small, dripping fuel leak, according to Jackson, and the area was restricted until representatives from the Federal Aviation Administration could inspect the scene.