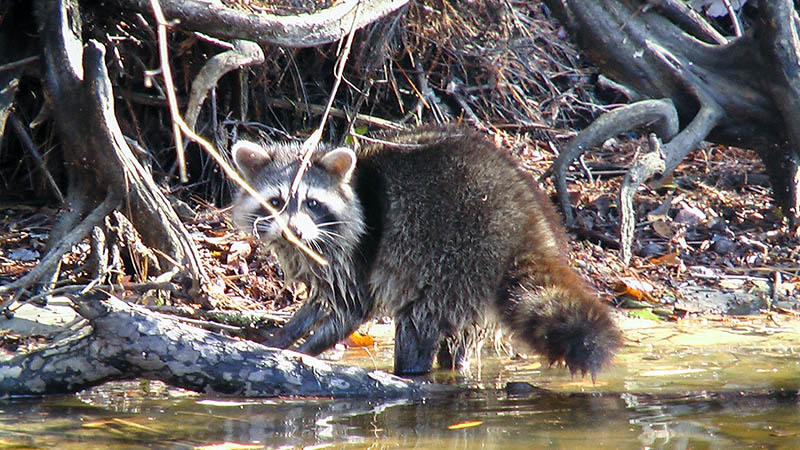 Spirit of Moonpie and I spent the 26th through the 28th on the Nottoway below Round Gut. The water was clear, very low and 47 degrees. Air temps ranged from 32 to 50 degrees, right chilly trip especially with all that wind.

Trash on this excursion was heavy for this part of the Nottoway. I think I’m still picking up stuff from the Matthew event. But except for the very low river conditions, the river was looking pretty good as far as I could tell.

The fishing on this trip was terrible. I only caught two largemouth and one jack the entire trip. I tried a few minutes for yellow perch, but didn’t have a hit. Many times when trying for those I also can tell if the stripers are in the river, but I really couldn’t tell ‘cause I only spent like 15 minutes fishing for them. I’m usually picking up a few stripers though by now. I talked to several other people fishing and most everybody stated the fishing was poor. I guess we can blame that on what is called the “fall turnover.”

The definition of that is, basically, turnover is simply a term that describes a phenomenon where the lower layer of a body of water mixes with the upper layer of water in a relatively short period of time. Fall turnover is shrouded in mystery for some, with opinions and myths tainting the minds of anglers. I doubt it exists in the river because of the mixing action caused by current and tide. Anyway, that being said, I’m still blaming fall turnover on the sorry fishing!

The river still is very pretty right now, leaves look spectacular, but it will not be long before it is bleak and grey out there.

On critter patrol this time I saw a bald eagle (more on that later), an otter, Great Blue Heron — not Herring — kingfisher, millions of blackbirds, squirrels and a raccoon that allowed me to do a lot of filming. Some critters are just natural actors, and this coon was certainly that. It kept an eye on Moonpie and I, but pretty much went on about its business that day gathering and eating mussels. It would waddle into the water and with its short little paws start feeling around until it found one. Then would crack it open and of course wash it off with a scrubbing action that looks quite human. It always is so funny to me to watch them do that. I mean they are getting the food out of the river, then they still must wash it, it’s hilarious.

So back to the eagle. If y’all remember, last trip I had a wild turkey fly up the river with me.

Well, on this trip the second night I was running in to get to camp pretty late, it was nearly dark. Darn if a bald eagle didn’t jump out of a tall pine and start flying with us up the river. I have never seen one fly when it was that near dark. It flew right along with us until right at my campsite it turned left and went up into Mill Creek, just like it knew we were where we needed to be.

Then, the next morning after we had packed up to come home, we jumped in the boat and headed for the boat landing at Round Gut. That same eagle (I believe) took off again and flew with us nearly to the Bronco Club as if to see us on our way safely. So we have had several interesting critter experiences of late, almost like they are understanding of what the Riverkeeper mission is out there and know we are trying to do good for them and the rivers they live in and around.

So I think that is pretty cool that the little critters, big critters, flying critters and swimming critters out there are reciprocating that and looking after their Riverkeeper on the two rivers we call the Nottoway and Blackwater.