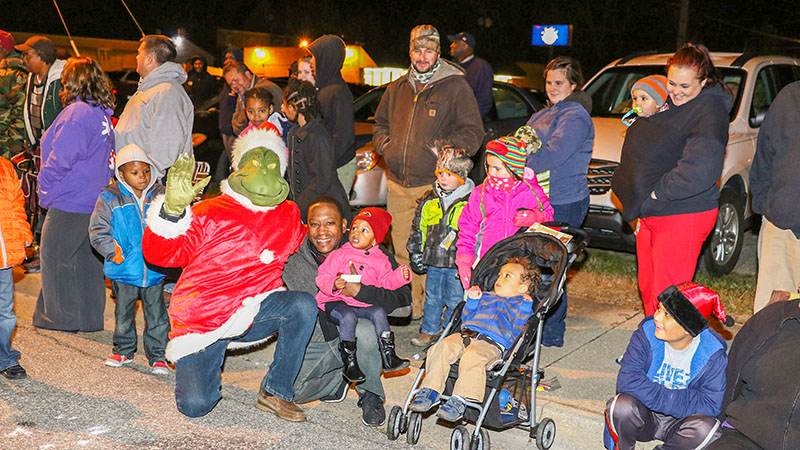 Local parade goers meet “The Grinch” as the Christmas Parade passes by during the 2015 Christmas parade. -- Submitted | Jim Hart

FRANKLIN
The Franklin community will once again have the opportunity to enjoy its annual Christmas parade as it winds its way through the downtown area of Franklin. This year’s parade will follow the same route as years past as it begins on Fourth Avenue and follows through downtown on Main Street and disbursing on South Street.

This year’s theme is “Candyland Christmas.”

Lineup for parade participants will be directed from Campbell Avenue (behind the Franklin National Guard Armory) and will line up on Campbell Avenue and Charles Street beginning at 5 p.m. until 6:30 p.m. Step off will be at 7 p.m.

Main Street will be closed off during the parade, and there will be no parking from Fourth Avenue to South Street from 5:30 to 8 p.m.

For further information or to sign up as a parade participant, contact the Downtown Franklin Association at 562-6900 or by email a downtownfranklin@beldar.com.