Driver, passengers airlifted to MCV after collision with tractor-trailer 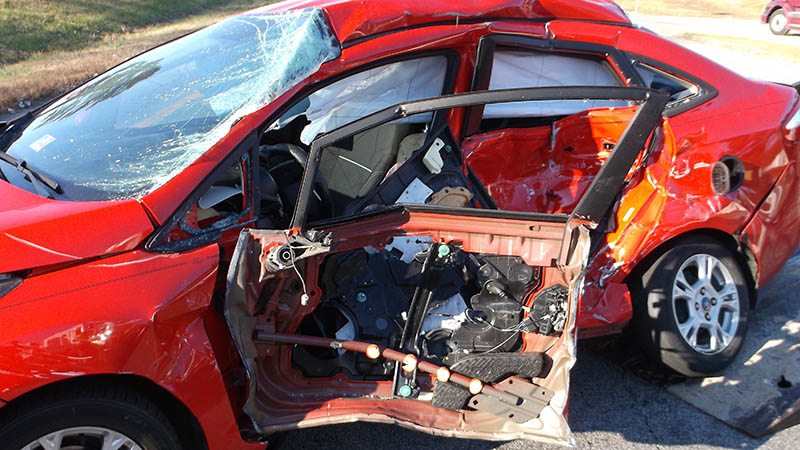 The driver and two juvenile passengers of the Ford were airlifted to MCV Hospital in Richmond this morning near Dreweryville. — Submitted | Gene Drewery

DREWRYVILLE
The driver and two juvenile passengers of a red Ford were airlifted to MCV Hospital in Richmond on Monday morning after the vehicle reportedly pulled out in front of a tractor-trailer at the intersection of Southampton Parkway and Drewry Road near the village. 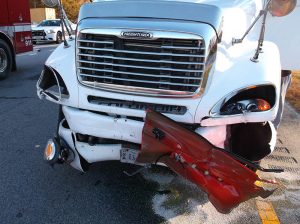 The outer shell of the driver’s door stuck to this tractor-trailer after the Ford had pulled out in front oncoming westbound traffic at the intersection of Drewry Road and Southampton Parkway.

He added that the call came in at approximately 7:45.

Deputies who investigated determined that the woman who drove the Ford had pulled out from Drewry Road to cross the parkway in front of oncoming westbound traffic. The tractor-trailer was apparently unable to avoid colliding with the car, which also carried a juvenile boy and girl.

There’s no update on the condition of the woman or passengers; the driver of the tractor-trailer was unhurt.

The investigation continues and no charges have been filed.