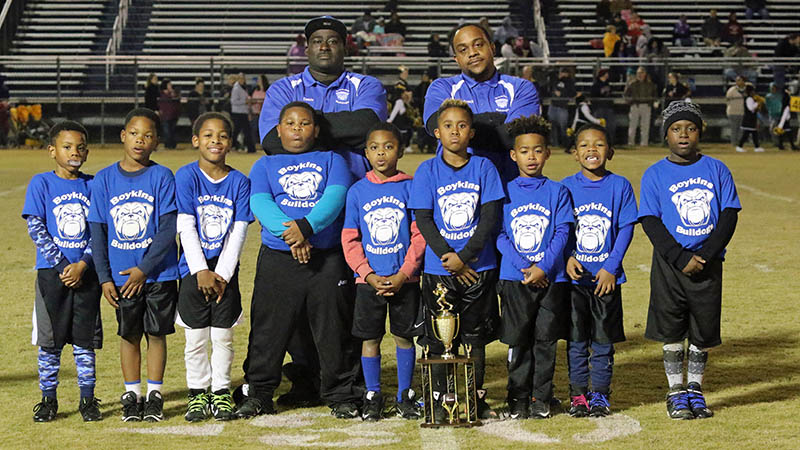 The Boykins Bulldogs are the Flag League champions. -- Frank A. Davis | Tidewater News

All playoff games were held on the main football field.

The Flag League Championship Game started at 6 p.m.. with the No. 1 Boykins Bulldogs defeating No. 3 Franklin Mustangs, 18 -0.

As the flag league championship game ended, it was time for the cheerleader’s exhibition. Cheerleading squads from teams in the league took to the field to show off their best cheers and dance routines. Each squad received many cheers and applauds as they completed their routines.

After the cheerleaders’ exhibition, it was back to football with the Junior League Championship Game. This game featured the No. 1 Franklin Mustangs versus No. 3 Holland Razorbacks. After a hard-fought game in which the Razorbacks led much of the first half, the home team prevailed with a 28-16 win.

The final game of the night and season kicked off the Senior League Championship Game with No. 1 Franklin Mustangs versus No. 2 Surry Cougars. The Mustangs jumped out in front early in the game and never looked back as they easily took a 36-0 win to claim themselves as the champions.

League commissioner Bobby Dunlow presented trophies, awards and congratulations to the final teams, as well as a word of encouragement to all about the importance of being good athletes, and to work hard to keep themselves up in their academics in schoolwork and grades. 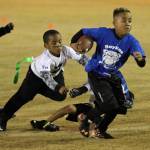 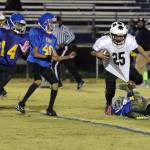 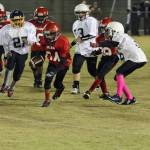 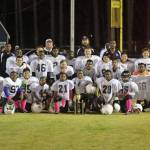 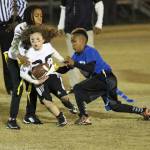 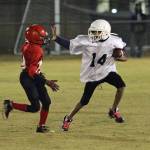 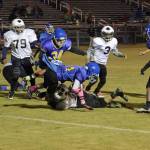 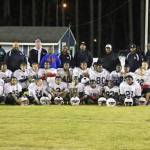 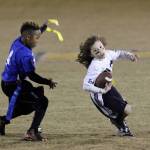