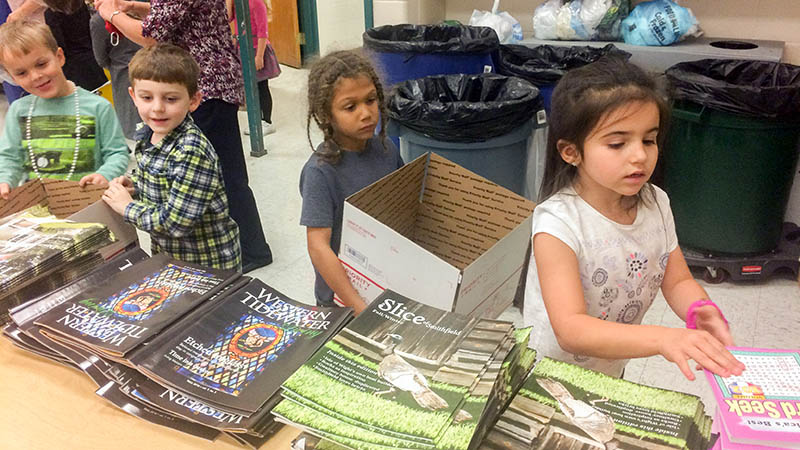 Youngsters at Carrsville Elementary School paired off and went through an assembly line to place magazines, puzzles, books, toiletries and snacks into the care packages, which will be sent overseas to servicemen and women. -- Stephen H. Cowles | Tidewater News

CARRSVILLE
The count this year is 50 boxes of love to servicemen and women overseas.

On Wednesday afternoon, students in the younger grades at Carrsville Elementary School paired off and put together a large assortment of puzzles, magazines and other reading materials, toiletries, snacks, holiday greetings and other goodies.

It’s a practice that’s going on its fourth year, thanks to the organizational effort of Brenda Redd, who works at the Smithfield Post Office. In addition to the Bulldogs’ efforts, of course, she gets assistance from community and civic groups. This year, the Ruritans of Carrsville, Courtland, Smithfield, Walters and Windsor have made contributions.

The Woman’s Club of Windsor and the Windsor Homemakers Club have also pitched in with donations and some of the Woman’s Club members helped corral the children on the assembly line.