Veterans of Battery B-111 gather at Applebee’s 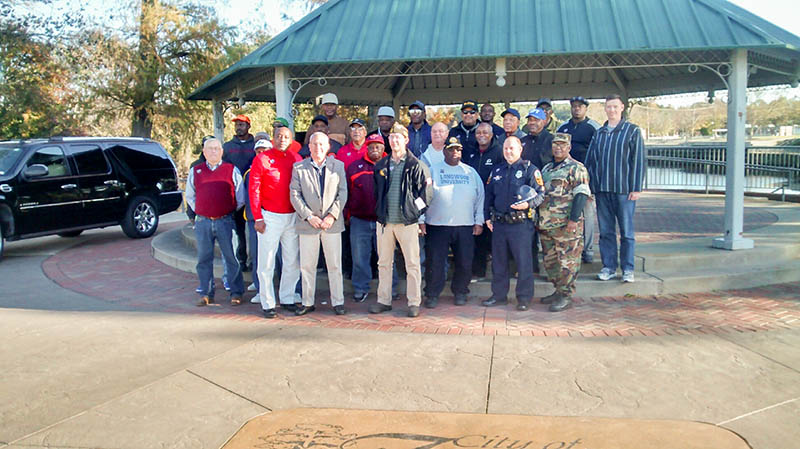 FRANKLIN
Franklin’s retired veterans of Battery B-111, now known as the Delta 429 Support Unit, assembled at the Applebee’s on Armory Drive for their ninth annual Veterans Day banquet on Friday. This year, the group selected the Rev. Dr. Henry Blunt, a Navy veteran, as their honoree of the night.

“I would like to take this opportunity to thank God Almighty for allowing the retired members of Battery B-111 … to assemble here at Applebee’s in Franklin one more time,” said Sgt. Demetreious Mathews, the group’s coordinator and chaplain, before introducing the speaker. “The Rev. Dr. Blunt is husband to retired Franklin City Public Schools educator Clarissa Blunt and father to Sonya D. Blunt-Meades and the Rev. Dr. Steven G. Blunt, pastor of First Baptist Church Mahan of Suffolk, and on a more personal note, a very, very dear personal friend.” 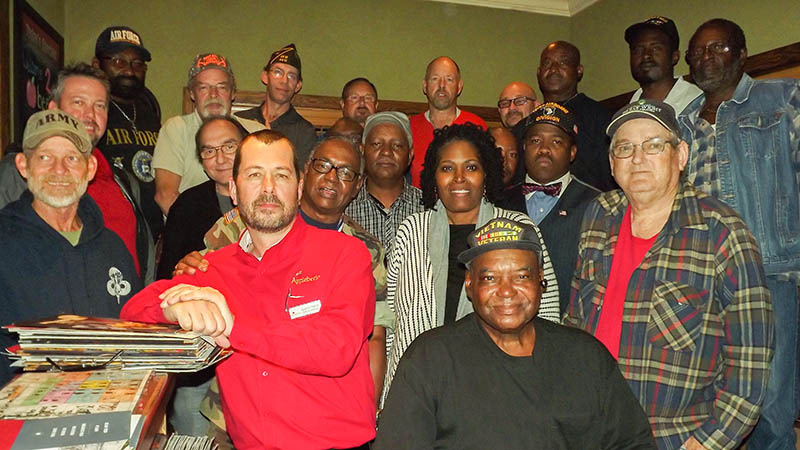 Blunt is a native of Pointe Coupee Parish in Louisiana. He retired from the Navy after 23 years of honorable service, received his bachelor of arts degree in political science from Southern University in Baton Rouge, Louisian, and received his license to preach and his ordination from Shiloh Missionary Baptist Church, also in Baton Rouge.

He has also served on various boards at local, state and national levels, including the Franklin City School Board, vice mayor of the city of Franklin, a candidate for mayor, an adjunct instructor for Paul D. Camp Community College, and the prison chaplain for Southampton, Deerfield and Greenville Correctional Centers.

He is a member of the Franklin Ministerial Alliance, the Hampton Ministers Conference, and the Bethany Association. He has served as president of the NAACP in Franklin, the Baptist General Convention, and the National Baptist Convention. He is the recipient of various awards, certificates and citations.

“I am very hopeful for the veterans in our community for many reasons, but the one that stands out the most right now is “Harvest 4 Heroes,” a 290-acre retreat for veterans and their families made possible by Courtland’s very own Colton James,” Mathews said. “The proceeds from his new album, ‘The Time is Now,’ will fund the construction, so please run out and buy it and even if you have it already, get another one as a gift. After all, Christmas is right around the corner. Every purchase goes toward helping the veterans of this great country. The project also needs volunteers, as well as donations.”

Donations to “Harvest 4 Heroes,” which is free for all veterans, may be given to Mathews and more information on veterans’ activities in the area may be obtained by calling 567-3460.