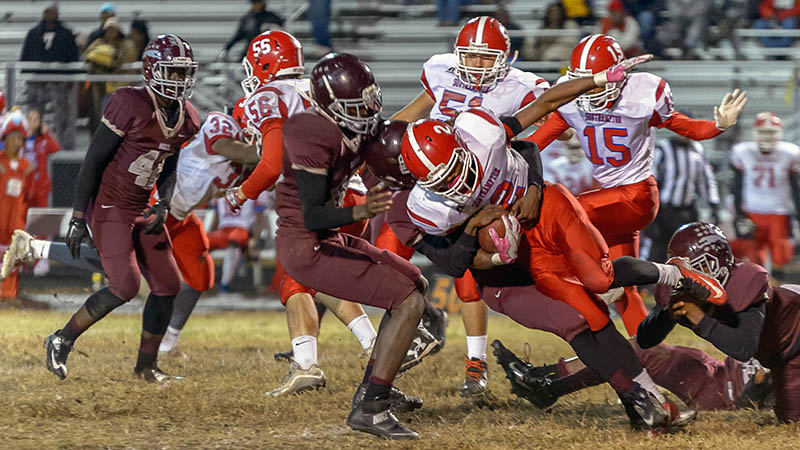 The Greyhounds ultimately defeated the Indians 30-0. No. 2 Tayriel Ruffin is taken down by I.C. Norcom players. -- Submitted | Murray Thompson

“They have a good football team,” he said.

Parker then added, “They were bigger, stronger and faster.”

On reflection, though, he sounded pleased about his Indians’ overall performance, “We had a good season.”

To keep the team in shape for next year, the coach urges regular physical activity.

“I encourage them to play other sports or get in the weight room,” Parker said.

Next for him is to coach girls basketball, which has “practically already started.” 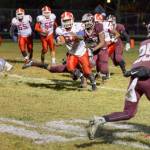 Southampton High’s No. 34 Tradell Ricks runs with the ball, but was intercepted by I.C. Norcom High during last Friday’s varsity regional game. 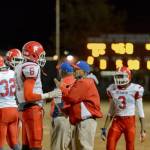 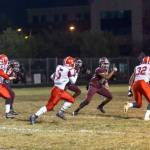 No. 8 Darius Bell gets instruction from Coach Littleton Parker. 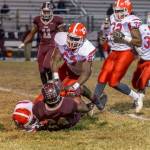 Cyrus Lawrence: ‘He was the greatest of all time’