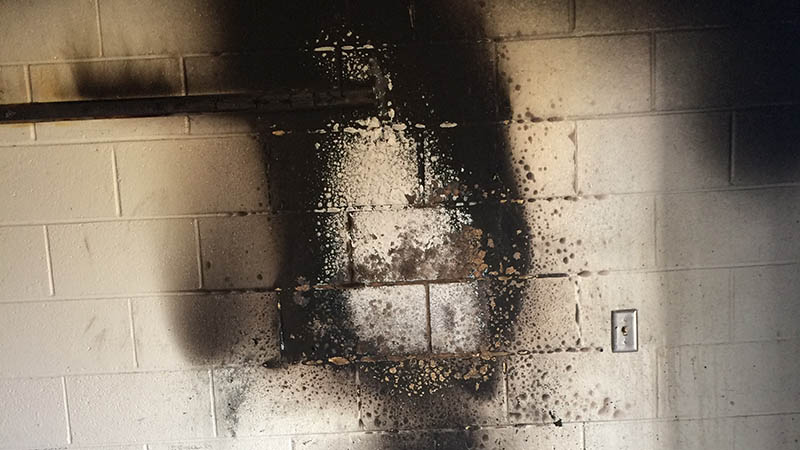 The scene of the fire at Carrsville Elementary School on early Wednesday morning. An electrical short within a computer plugged into a hallway outlet caused the fire and smoke. The school was closed on Wednesday for damage assessment. -- Stephen H. Cowles | Tidewater News

CARRSVILLE
An electrical short within a computer is the cause for an early-morning fire at Carrsville Elementary School, causing the building to be shut down today.

Principal Clint Walters and Lynn Briggs, spokeswoman for Isle of Wight County Public Schools, said that on review of a camera recording, the fire began about 2:30 a.m., and enough smoke was created 10 to 15 minutes later to set off the alarm; the Carrsville Volunteer Fire Department was on the scene at 3 o’clock, with assistance from Franklin and Windsor agencies soon following.

Situated on a cart outside a classroom, the computer was plugged into a hallway outlet at the time of the short; a printer and two laptops were also ruined by the resulting fire. Soot is heaviest around the ceiling tiles.

The classroom next to the fire doesn’t appear to be affected, said Briggs.

Cleaning is expected to begin today, she added. Further, because the extent of the damage is not fully known, Briggs could not yet say if the school would reopen tomorrow.

An insurance adjuster is also awaited to make an assessment.

The school system will look at procedures with respect to whether or not computers should continue to be plugged in overnight. Necessary changes will be made for safe practices.

Update: The school will remain closed Thursday, Nov. 3 and Friday, Nov. 4 for restoration. 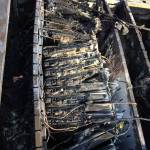 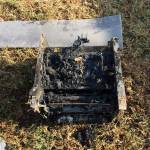