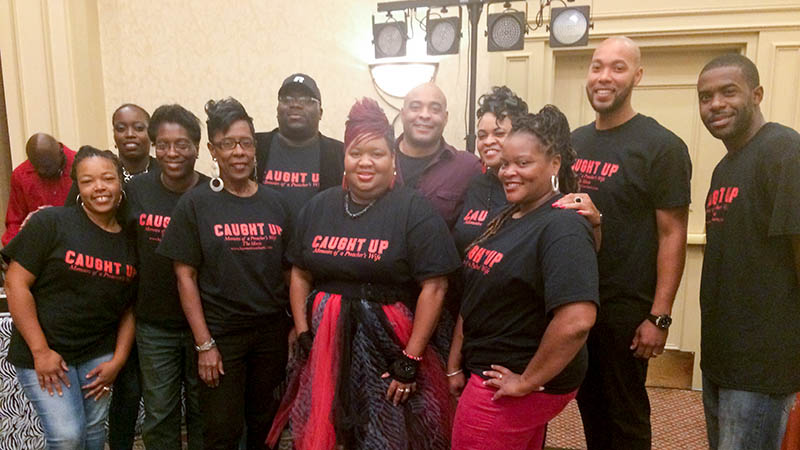 WINDSOR
Being a pastor isn’t a job for the faint of heart, and to be the spouse of a minister isn’t any easier. To make that point clear, members of a church have made a movie.

“Caught Up: Memoirs of a Preacher’s Wife” is getting the finishing touches of some editing and scoring, according to Laequinla Hunter, one of the cast members.

She and her husband, Ernest, have their own church, Community Harvest in Windsor. The movie’s story is inspired by his book, “Ministry Won’t Destroy My Marriage.”

Included are the struggles that being in the ministry bring, such as trying to find a balance between maintaining a marriage and home while attending to the needs of a congregation.

Laequinla said the hope is the book’s message through the movie will “reach a larger audience, spark conversation about problems in family, church and community and how to resolve them.”

Another point to the story, she said, is to inspire people to “have mercy and compassion on those who service on another level. To show that pastors are human.”

The movie will get the red carpet treatment when it premieres on Thursday, Nov. 10. in the Paragon movie theater, 11810 Fountain Way, Newport News. Actress Vivica Fox will be the celebrity guest and hostess for the occasion.

For more information or to buy tickets, visit www.hpmusicandartis.com.