FRANKLIN—Franklin police are asking for the public’s help to locate a 21-year-old Franklin man wanted in connection with a Sept. 4 shooting. 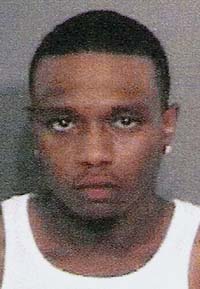 Shahon Cumbo is suspected of shooting another Franklin man in the 1500 block of Armory Drive.

Cumbo is to be considered armed and dangerous, according to police.

Anyone with information about Cumbo’s whereabouts is asked to contact the Franklin Police Department at 562-8575 or Franklin Crime Solvers at 562-8599. Information leading to an arrest could earn the caller a cash reward of up to $1,000 while remaining anonymous.