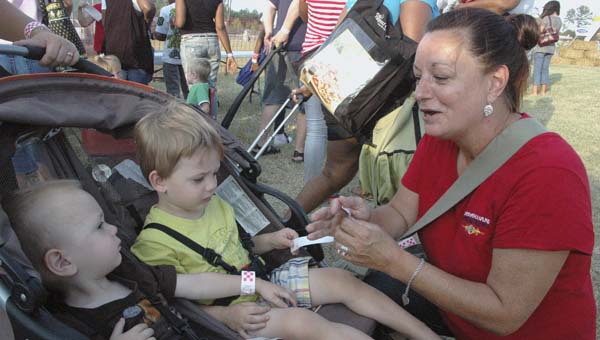 ISLE OF WIGHT—Hundreds of people, many of them in large groups piled into vans and sport utility vehicles, turned out for the opening night of the Isle of Wight County Fair on Thursday.

It appeared many were taking advantage of Carload Night, a promotion where up to 12 people in a vehicle were admitted for a flat $30 fee. That included unlimited rides. Volunteers from the Veterans of Foreign Wars manned the fair entrance and waved groups of various sizes through the gates.

“I think it’s a great idea, it’s wonderful,” said Christa Olivas of Smithfield, who went to the fair with seven others. “Thirty bucks for the whole group, you can’t beat that.”

Sally Dunleavy of Smithfield concurred. She had five kids and another adult in her group.

“Carload Night is one reason we’re here, and the fact that we’re leaving for the beach tomorrow,” Dunleavy said. “We’re here tonight and it’s a gorgeous night. I think it’s awesome. What a great deal for 30 bucks.”

Shortly after 6 p.m., just one hour after the fair opened, volunteers were preparing to park vehicles in the far parking lots.

Fair chairman David Sawyer was chipper about the early turnout.

“It’s going nicely,” Sawyer said from a golf cart about 100 yards inside the fair. “The crowds are coming in now. It’s too early to make the call on this Carload Night, but from what I’ve seen so far I think it’s going to be a great success. I’ve seen a lot of people with kids in here. We don’t normally see them on Thursday night.”

Sawyer said he was busy handling small issues he called “little bumps,” such as vendors needing power or other requests. But he predicted this year’s fair would set an attendance record.

“I honestly think this is going to be the biggest fair we’ve ever had,” Sawyer said. “I think you’re going to see it’s a bigger fair than we had last year. With the weather we’ve got promised, and what we’ve got here to entertain the people, for five dollars you can’t get a bigger bang for your buck. If people don’t come, it’s going to be their fault they missed a great event.”

Roger Heffington didn’t want to be one of the people to miss out. Three generations of his family, 11 people total, had piled into his Dodge Ram 350 van.

“We’re definitely looking forward to it,” Heffington said in the parking lot after his clan had disembarked. “I grew up with the county fair in my backyard. It’s a blessing because we can actually hear the fair from our property when we’re not over here. It’s a big event and we look forward to it every year.” 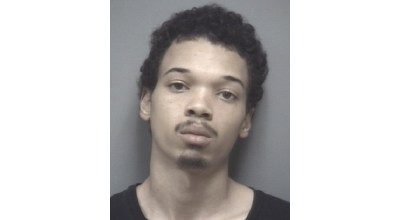