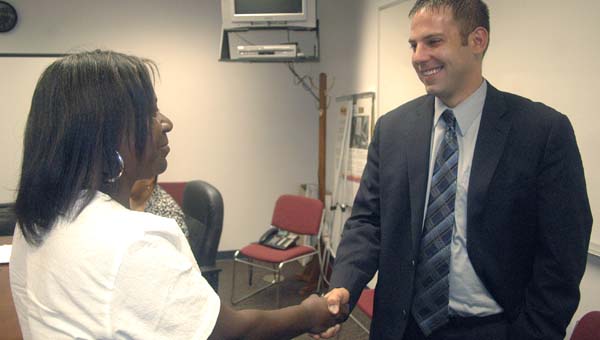 FRANKLIN—Jeremy Knapp has been hired as the new principal for J.P. King Middle School. He starts today.

“I feel great,” Knapp said Tuesday after the Franklin School Board unanimously approved his hiring. “I’m ready to get started tomorrow morning.”

According to Dr. Walter Clemons, the assistant superintendent for the division, the employment contract for Knapp will begin today and run until June 30. The annual salary for the position is $74,732, but Clemons said Knapp figures to be paid about $62,000 after his salary is prorated, or adjusted, for his later starting date.

“We’re glad to have him on board with us,” board Chairman Bill Scarboro said after the vote. “We’re excited about his accomplishments and his qualifications. J.P. King is going to be lucky to have him.”

“I’m looking forward to getting to know the students, the staff and the community, and to continue to build on the (Standards of Learning) tests,” Knapp said. “The school has made some real progress and I want to see that continue.”