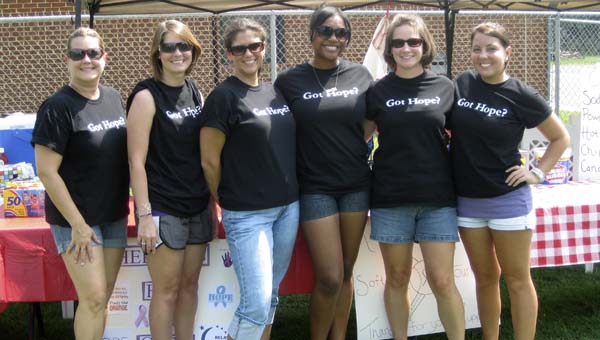 The credit union has been giving time to Franklin /Southampton County Relay for Life for 11 years. Each year, the team increases its goal, which is now $5,000.

“We have a great team,” said Captain Stacy Story. “They are creative with fundraising ideas. Cancer doesn’t sleep and we want to make a difference in finding a cure. We were excited so many teams played in the tournament.”

The team has raised money by selling drink huggies, “Got Hope” T-shirts, hosting a Thirty-One Party, and its Co-Ed Softball Tournament and Homerun Derby.

Bronco Federal Credit Union employs 72 people in Franklin and Suffolk. The not-for-profit financial cooperative was founded in 1941 and is headquartered in Franklin. The credit union serves more than 18,000 members through five locations.