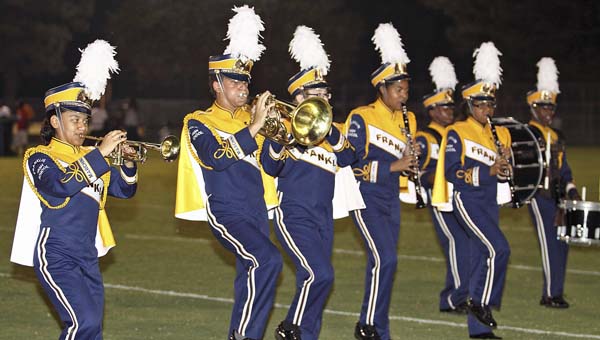 Edwards, who began working here on Aug. 10, has already more than doubled the number of members in the high school marching band, which made its season debut during the home football opener against Northampton High School on Wednesday night at Armory Stadium.

The band has 15 musicians in addition to the Crystal Fire dancers, the Sparkling Sapphire majorettes and the Diamonds of Perfect flag corps.

He has no set number of members in mind for the band, but would rather devote efforts to its sound.

The marching band will put on three to four shows this fall.

Edwards came to Franklin from Delaware State University in Dover, where he received a bachelor’s degree in music with a concentration in trumpet. A native of Wilmington, Del., he was his alma mater’s assistant band director for 1½ years.