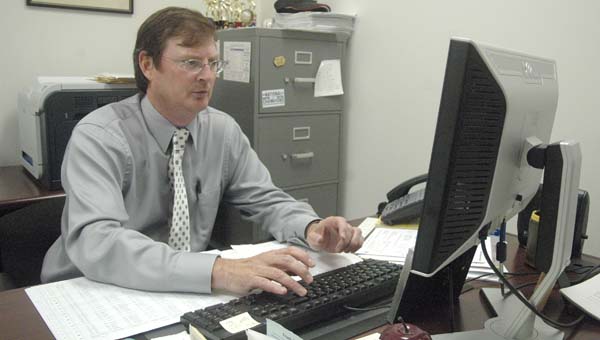 County Treasurer David Britt said the focus now is on trying to collect as much of that money as quickly as possible. State law gives him a few tools to do so, among them the ability to prevent tax delinquents from services through the Department of Motor Vehicles including renewing a driver’s license, tax liens and garnishing wages and bank accounts.

Britt said the $1.7 million owed is the most in his 20 years as county treasurer. About 75 percent of it is from tax bills from the last two years.

“We want people to come in and see us, we want to work with them,” Britt said Wednesday. “We have payment plan options available. If they don’t want to be served with one of these (liens) then they need to come in.”

According to Britt, payment arrangements have been made to pay about $250,000.

The county plans to publish a list of tax delinquents on its website in early September. Real estate tax bills for 2010 will also go out at that time and are due on Dec. 5.

Collecting the money will be a little more of a challenge this year because the treasurer’s office had to downsize at least one part-time staffer who played an integral part with tax collection in years past. Britt said he and three other full-time employees in his office are now working to get the job done.

The treasurer added that two attorneys’ offices were assisting the county with tax collections. He emphasized that any lawyers’ fees would be tacked onto the tax bills and paid for by the people who owe the money; the county will still ultimately collect the entire sum owed.

Britt blames the economy, foreclosures and the county’s high unemployment rate — 11.5 percent in June — as the primary reasons for the high number of tax delinquencies.

“It didn’t start with the (International Paper) mill closing,” he said. “Business had been slowing for many people, like small contractors, before then. With the way the economic times have been over the last couple of years, our amount of delinquencies is going up.”

He was pessimistic things would get better any time soon.

“I’m not trying to paint a bleak picture, but unless things start to turn around (with the local economy) this will probably get worse.”