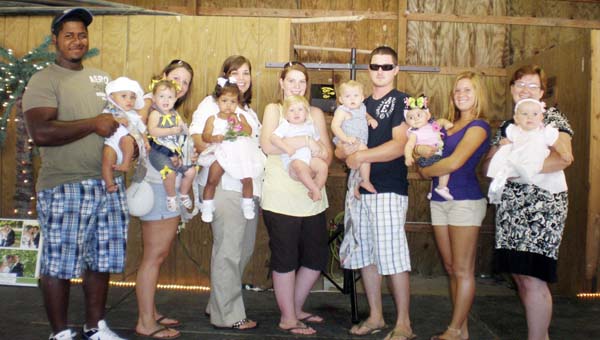 “We were really excited,” Wise said. “As her mom, I figured she would anyway. Everyone thinks their baby is the most beautiful.”

Emma Lee was among the winners and runners-up for the contest. Others were:

Michelle Wise entered her daughter in the contest because it was something she had never done with her family. Finding the perfect dress took effort.

“They’re all special and unique in their own way,” Winningham said.

“I’ve been in beauty contests and it was more difficult (than I expected),” Kight added.