IP still on the hook for taxes?

ISLE OF WIGHT—International Paper Co. paid $5.7 million annually in machinery and tools taxes to Isle of Wight County before it began shutting down its Franklin mill.

Now county officials wonder if they can still collect that tax because IP plans to start up the machines periodically for routine maintenance.

This morning, IP spokeswoman Donna Wadsworth said the machines are still considered idle because they are not producing anything.

“They are not manufacturing,” Wadsworth said. “They are down.”

It was her comments to The Tidewater News that got Isle of Wight County officials wondering whether or not the company should still be responsible for the taxes.

When IP announced in October its decision to close the Franklin mill, it sent ripples through the county’s budget. Isle of Wight Commissioner of the Revenue Gerald Gwaltney said the mill’s machinery and tools—assessed at about $600 million— brought in about $5.7 million in taxes annually.

Under state law, tax exemptions can be filed for idled machinery and tools. Gwaltney expected the full impact of the closure to hit the county’s budget in fiscal year 2012 because of the staggered shutdown of individual machines at the mill.

The company is still required to pay real estate taxes—which Gwaltney said in October totaled about $500,000 annually—as long as it owns the property.

Wadsworth this week told The Tidewater News there were no plans to start up the machines at the mill to make paper, however, the machines would receive periodic maintenance.

“Part of the routine maintenance of the machines is to occasionally turn them over. That process has happened on occasion; they will turn over a machine to keep the moving parts moving,” she said.

The Virginia state code defines idled machinery and tools as:

• “Discontinued in use continuously for at least one year prior to any tax day” or specifically identified in writing to the commissioner of the revenue as machinery and tools that the taxpayer intends to withdraw from service;

Board of Supervisors Chairman Phillip Bradshaw said Thursday the county should investigate whether the machines are actually idled and exempt from the machinery and tools tax under the state code.

“If they’re in operational mode, then they’re still taxable and I think it’s something that we need to look at,” Bradshaw said. “The only reason I’m bringing this up is because it’s been publicly announced by their corporate office that this is what they’re doing.”

On the motion of Newport District Supervisor Stan Clark, the board voted unanimously to contact Gwaltney and ask him to investigate the status of the machines. 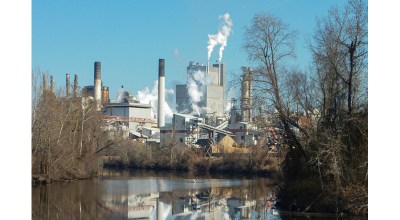