Franklin stores: Our eggs are safe 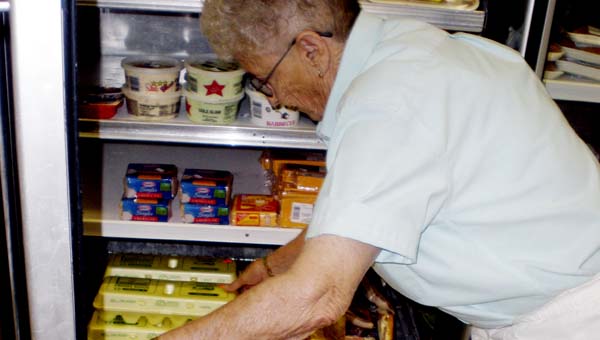 FRANKLIN—Representatives of local grocery stores said their eggs are not part of a massive recall caused by a salmonella outbreak.

Last week, Wright County Egg of Galt, Iowa, issued a voluntary recall of millions of shell eggs it had shipped since May 19 to food wholesalers, distribution centers and food service companies in eight states. Those companies distribute nationwide.

Managers at the local Food Lions, Farm Fresh and Walmart stores said they are not affected by the recall.

A Farm Fresh representative said the brand being recalled is not related to the supermarkets.

Ruth Baker at David’s Market in Franklin said that store’s eggs were not affected by the recall either.

According to the Food and Drug Administration, investigations by public health officials in California, Colorado and Minnesota have revealed several restaurants or events where more than one person became ill with salmonella enteritidis. Preliminary investigations suggest shell eggs were the likely source of the infections in many cases.

State and local officials in 10 other states, including North Carolina and Maryland, are investigating human salmonella cases.

According to the Centers for Disease Control, a person infected with salmonella enteritidis usually has fever, abdominal cramps, and diarrhea beginning 12 to 72 hours after consuming a contaminated food or beverage. The illness usually lasts 4 to 7 days, and most persons recover without antibiotic treatment. However, the disease can be more serious—possibly becoming fatal—to the elderly, very young or those with impaired immune systems.