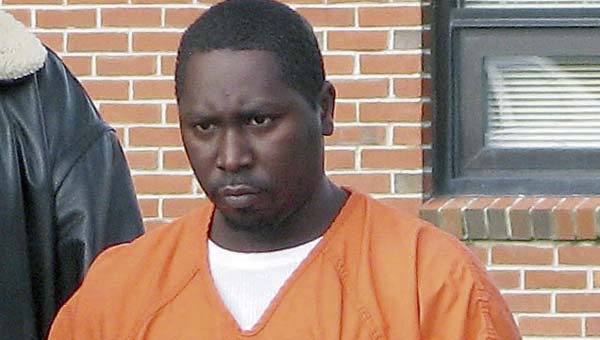 William Futrell of Franklin is escorted from the jail. Futrell on Thursday admitting to killing two elderly sisters.

WINTON, N.C.—A Franklin man will serve the rest of his life in prison after admitting he killed two sisters from Emporia.

The plea saved Futrell from the death penalty.

“They were such loving and caring individuals, willing to reach out and help anyone at any time,” Tuck said. “Perhaps that was what put them in harm’s way. Because of their caring attitudes and because they were so trustworthy of others, perhaps they picked up Mr. Futrell that day because they thought he was in need of help.”

Other than his one-word answers to Judge Alma Hinton, Futrell never offered an explanation or motive for the murders.

Tuck said she and her family no longer trust strangers.

“That may be a sad thing to say, but unfortunately it’s the way life is today,” she said.

The women’s bodies were discovered on the night of the murders by a Murfreesboro, N.C. resident. They were in a wooded area along a farm path less than a mile north of Vaughan’s Creek Road.

The sisters were last seen alive in Boykins at 4:15 p.m that day. They were seen dropping off a donation for Relay for Life at Boykins Baptist Church.

Their vehicle was found at 11:30 p.m. behind an abandoned home near Boykins.

Futrell was arrested in November 2008 in Franklin.

District 6B Attorney Valerie Asbell said the decision to allow Futrell to plead guilty and forego a trial was reached after lengthy discussions with family and investigators.

“This was a difficult decision that was made out of deference to the wishes and desires of the family members of Dorothy Hobbs and Nellie Bradley,” Asbell said. “In making this decision, we took into account the certainty and finality of the guilty pleas as opposed to the uncertainty of a guilty verdict based on evidence in the case.”

The plea should give the victims’ family closure, Asbell said.

“The lengthy time period between the offense and the arrest of Mr. Futrell only prolonged the anxiety and agony felt by the family members in this case,” Asbell said. “May God continue to bless these families and give them strength in the upcoming months and years to learn how to live with these senseless and horrible acts of violence.”

Asbell read a statement from the family, of which 19 members attended Thursday’s hearing.

“Do we feel that the plea reached is a just and fair punishment?” the statement read. “No punishment would be sufficient for the actions taken against our family members. So, we make ourselves satisfied that justice has been served; that he is off the streets and no innocent person will again suffer at his hands.

“We have been assured that Mr. Futrell will never leave prison alive,” the family’s statement continued. “This is how it should be. We hope that a life in prison will give Mr. Futrell time to regret what he has done, not only to our loved ones, but to his own family who are surely suffering.”

“(Hertford County) Sheriff (Juan) Vaughan is my hero,” Tuck said. “I don’t know what we would have done without him. He was so compassionate, calling us each and every week to provide updates on the case. We put our faith and trust in him and his capable staff and they didn’t let us down.”

“I’m just happy for the family that this part is over,” Vaughan said. “They will never have complete closure because of the horrific manner in which their loved ones were killed, but at least this one particular chapter is finished and behind them. They will not have to worry about this man hurting anyone, outside of prison.”

According to court records, Futrell was arrested on Sept. 12, 2007, in Southampton County and charged with misdemeanor assault after an incident in Franklin on Aug. 27. He was found not guilty.

Futrell was also arrested on June 14, 2006, and charged with felony grand larceny. Futrell received a 90-day suspended sentence. The murders took place 51 days after he was sentenced.

Franklin stores: Our eggs are safe