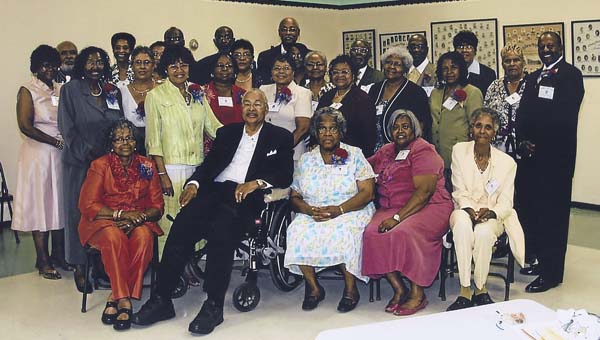 As part of the 50th reunion for Hayden High School’s Class of 1960, a group of classmates went to East Pavilion nursing home in Franklin for a surprise visit with classmate Marian Lawrence Williams.

“She cried (when she saw us),” said classmate Mazina Scott Porter. “She didn’t know we were coming.

Williams’ health would not allow her to attend the reunion.

“We just wanted to show her we love her,” Mazina said. “We took her a care package.”

It included a program for the reunion and a card signed by classmates.

The Class of 1960 had its reunion on Aug. 7 at Franklin Sportsman’s Association. Seventy-one attended, including 28 classmates from the former high school in Franklin.

Robert Whitehead was the toastmaster, and Anthony King from the Class of 1951 was the speaker. 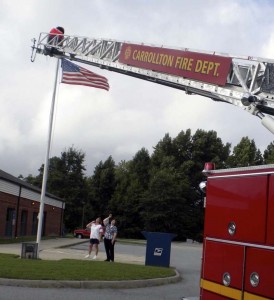 Postmaster Susan Lyle and postal employee Tracey Ross watched as Carrollton Firefighter Andrew Fletcher untangled the national colors, which got wrapped around the decorative ornament at the top of the pole during a recent windstorm.

Although classified as a “non-emergency” response, this type of public assistance for the local community is often performed by the volunteer fire department.

The window is there to return to bipartisan compromise in 2022

It’s not too early to decide how to pay…