FRANKLIN—Proposed changes to the city’s sign ordinance are an attempt to make the Franklin more business friendly, according to Donald Goodwin, the city’s community development director.

“It is allowing more flexibility on advertisements for businesses,” Goodwin said.

A public hearing on the proposed changes is set for 7 p.m. Monday, Aug. 23, at City Hall. Goodwin said changes also clean up some cumbersome language in the code.

The changes would allow for larger window advertisements and ease certain restrictions for portable signs in front of businesses. The proposed changes include more guidelines for marquees, canopies and awnings as well as pedestrian and real estate signs.

The proposed ordinance changes would also add a clause on sign maintenance and repair, which would require any “apparently deteriorated, damaged or weakened components” of signs be “promptly repaired or replaced.”

Both the Business Friendly Committee and the Downtown Franklin Association were involved in the process, Goodwin said. The proposed ordinance change would add guidelines specific to signs in the downtown service tax district.

Gayle Schmitz, owner of Franklin Art & Frameworks, said the DFA wanted downtown business owners to be able to have signs that are “appropriate” for the long-term goals of the historic district.

“We wanted to do signs that are more historic in nature, and obviously the important point is they would still be consistent with safety,” she said.

The Franklin Planning Commission held a public hearing on the proposed changes last month and forwarded a favorable recommendation to the City Council.

Goodwin said updating the sign ordinance isn’t the only way the city is trying to become more business friendly. There is also a new “business-friendly” document available on the city’s website to guide people interested in opening businesses in the city.

“It’s a step-by-step process of opening up a business in Franklin,” he said. 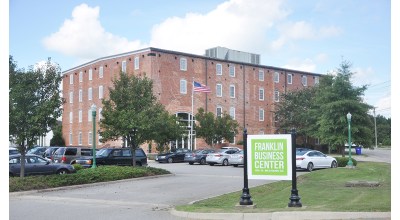