COURTLAND—Several hundred people came out to enjoy the first, albeit rain-shortened, day of the 2010 Franklin-Southampton County Fair on Thursday, and applauded as 16-year-old Megan Revelle of Franklin was crowned Fair Queen.

“I am feeling very overwhelmed,” Revelle said, moments after being crowned. “It was a very shocking experience. I never would have guessed it; I was planning on it being one of the other girls. But it was a shocker, and I’m very proud of myself.”

Pam Ellis, who helps organize the Fair Queen pageant, said the judges had a tough choice to make from a field of 10 girls.

“I was very pleased with the contestants we had this year,” Ellis said before Revelle was picked. “I thought that we had a really strong group and it’s been very hard for us to even try to make a decision on who we thought might win. It’s really close.”

The weather was sunny and warm when the fairground gates opened at 4 p.m., but just before 8 the sky grew dark and menacing. Most fairgoers streamed out to their cars before the thunder, lightning and rain hit just after 8. The rest of the day’s events were canceled.

Southampton County Sheriff Vernie Francis estimated the fair crowd to be more than 500 people at about 7 p.m. He predicted that more fairgoers, perhaps as many as 1,000, could be at the event by day’s end.

The fair continues today and Saturday. 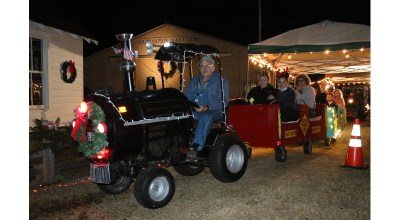 More than 1,100 enjoy a nostalgic Christmas 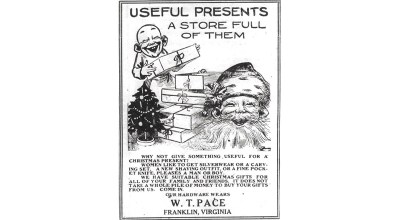 Franklin merchants are ready for Christmas 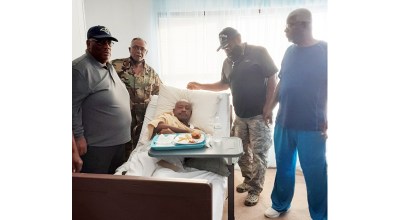 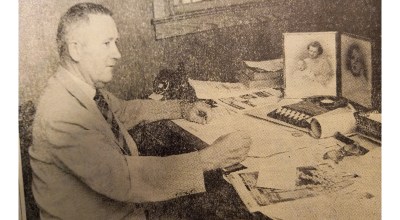